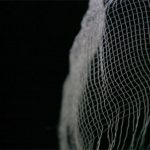 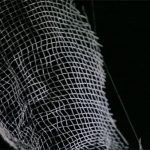 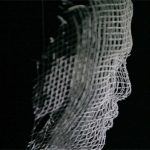 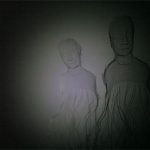 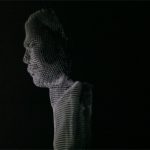 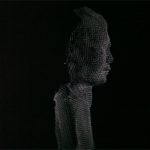 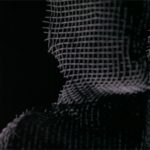 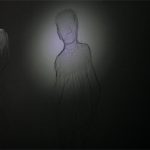 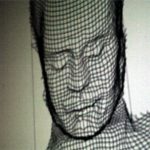 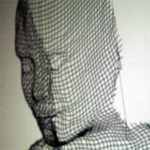 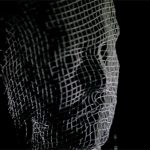 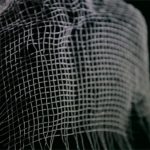 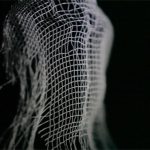 The feature comprised of three visages (shaped from pieces of metallic grid mesh wire) hanging from a motorized cable spinning horizontally. At first these installations seem regular but by looking closer it becomes apparent there are small optical confusions caused by the form of the objects projected shadows. Through an LED light positioned a few feet away from the hanging features, the light passes through the wire mesh, constructing facial outlines that are cast out as its shadows are projected in a large window of wall space centrally located in the darkened room. The projections become an interesting drawing that recalls a 3 dimensional representation of a computer constructed model. The movement of the pieces confuses the human perspective due to its projection having concave and convex forms. This work I have tried to carry out of the simplest form to try to reduce to the maximum the use of technology.