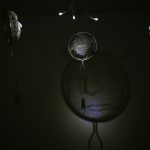 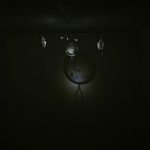 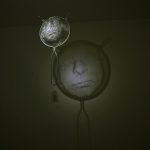 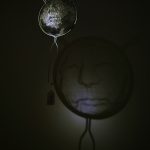 Cordal manipulates metallic colanders to look like three-dimensional faces popping out. The expert application of his sculpting method is made evident in the illusionary and rather sculptural shadows produced. Using street lamps as his main source of illumination, the light seeps through the perforated structure held up by its handle, which is propped up in the cracks of the pavement, and shines down on the adjacent ground.

The two-step process produces two levels of art that are each appealing in their own right. The strainers, themselves, are so finely formed that it almost seems like people simply stuck their heads into them and kneaded the metal in to conform to their faces. The structure’s silhouette exhibits an equally life-like impression. 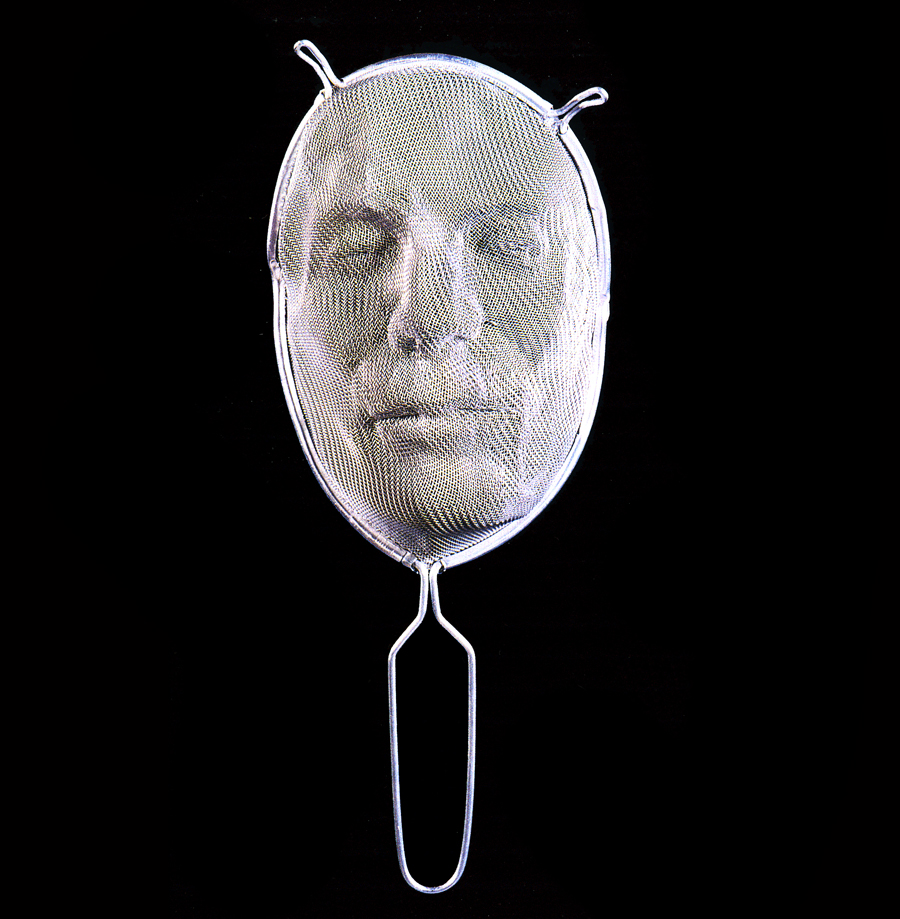 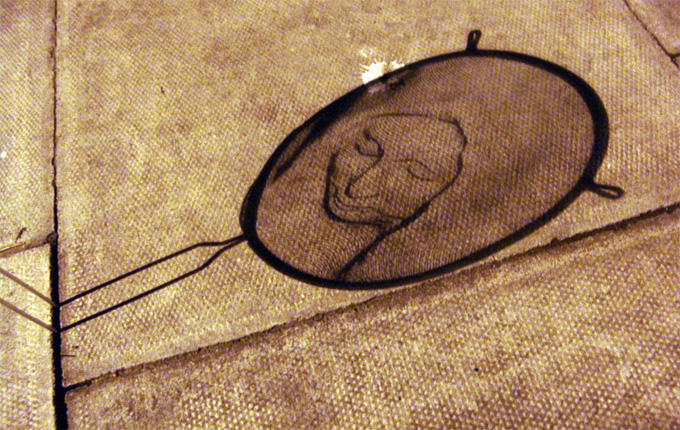 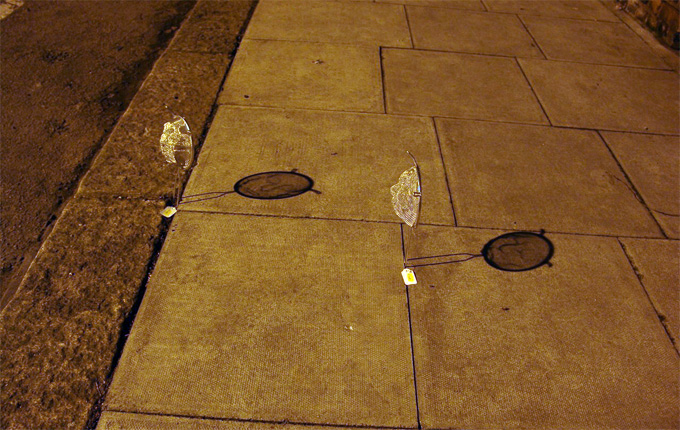 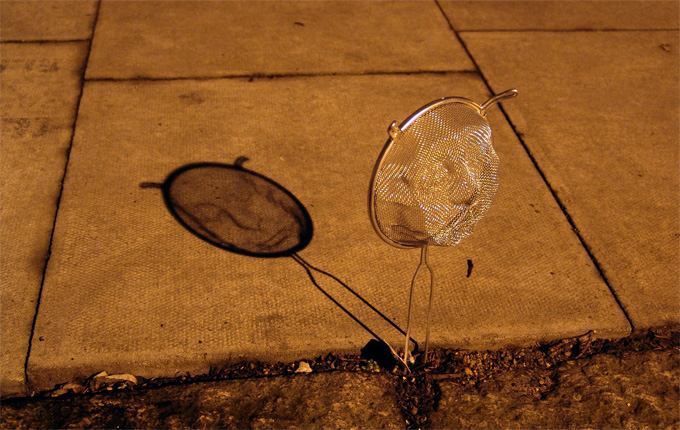 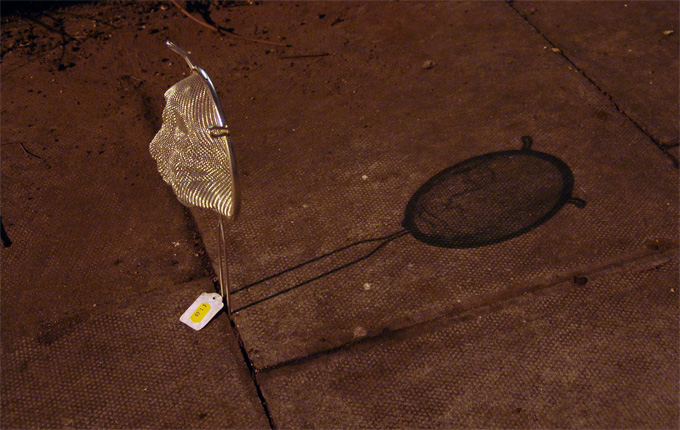 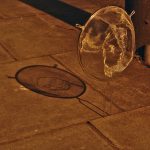 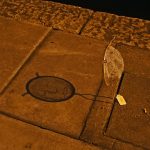 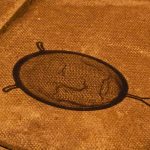 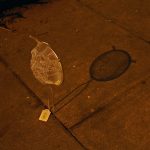 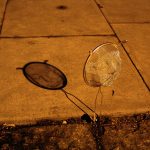 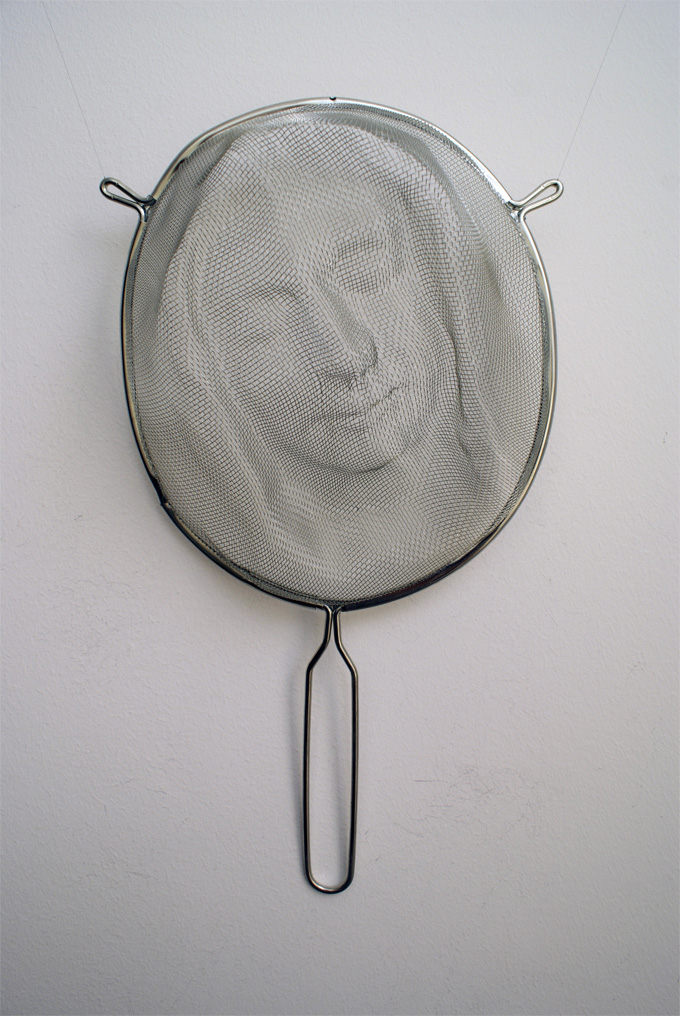 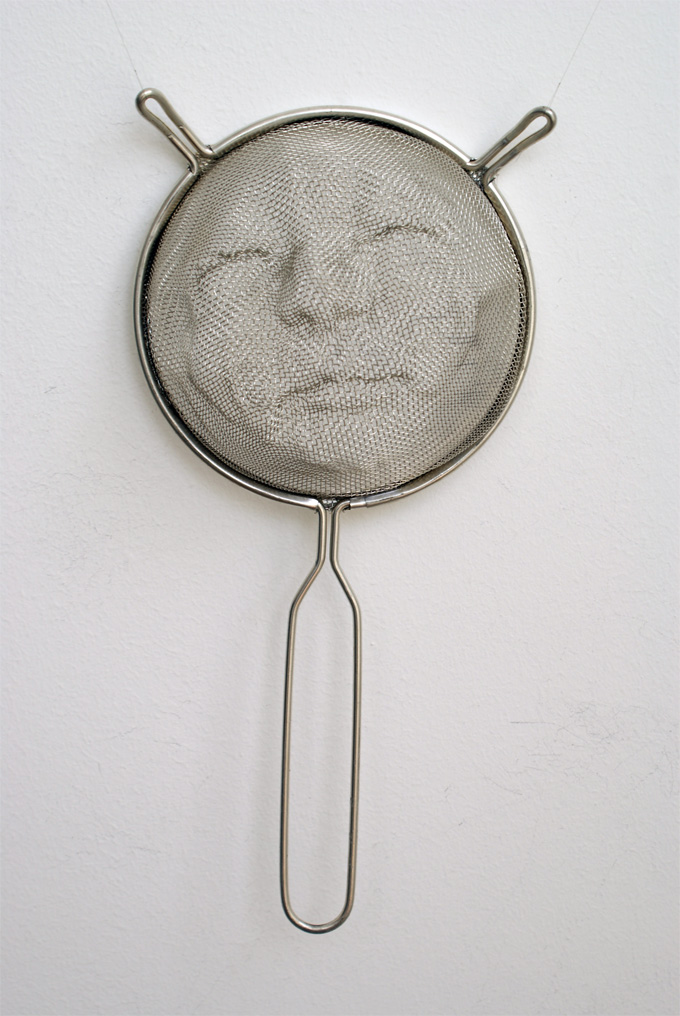 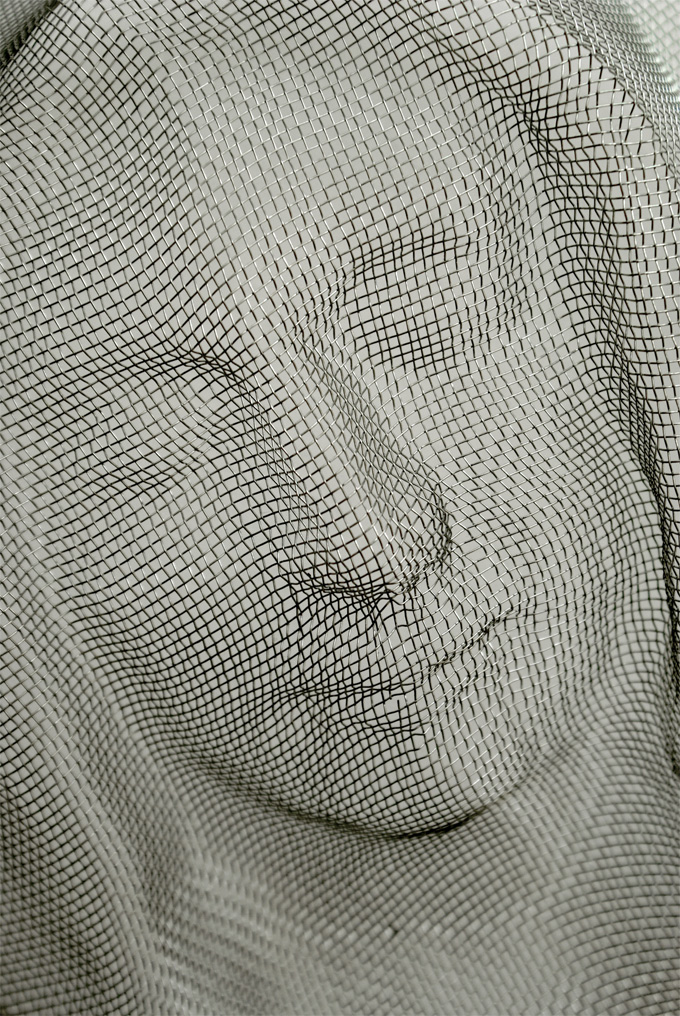 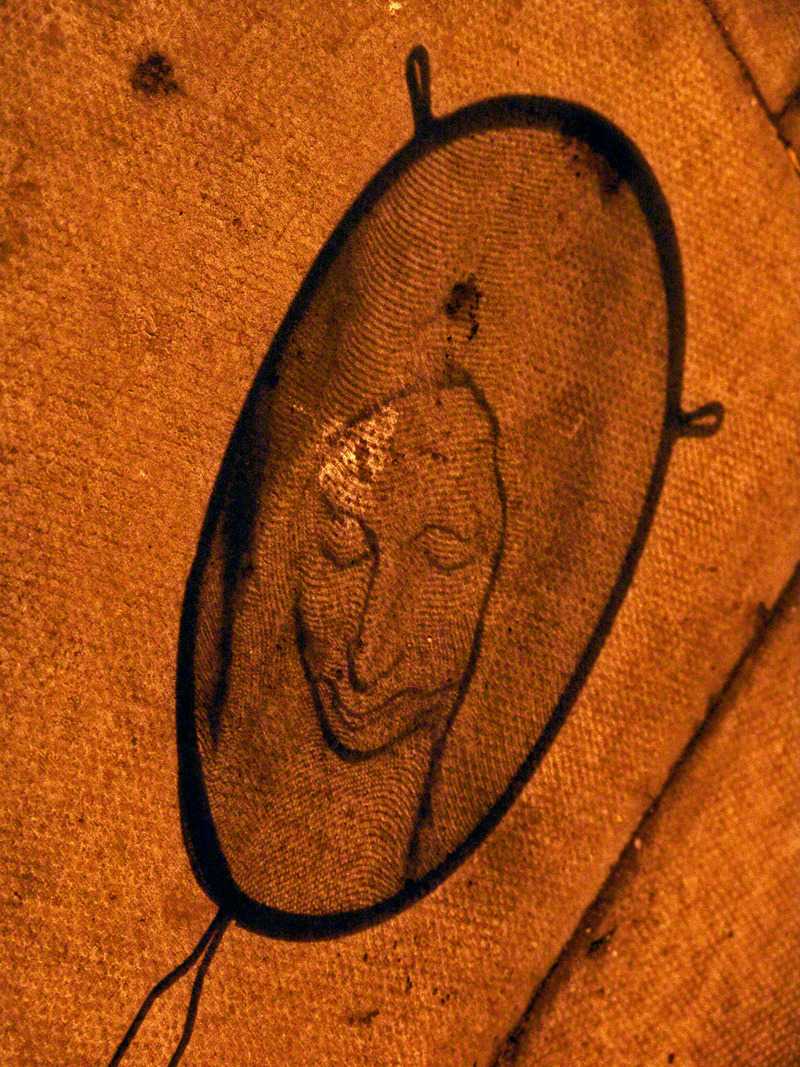 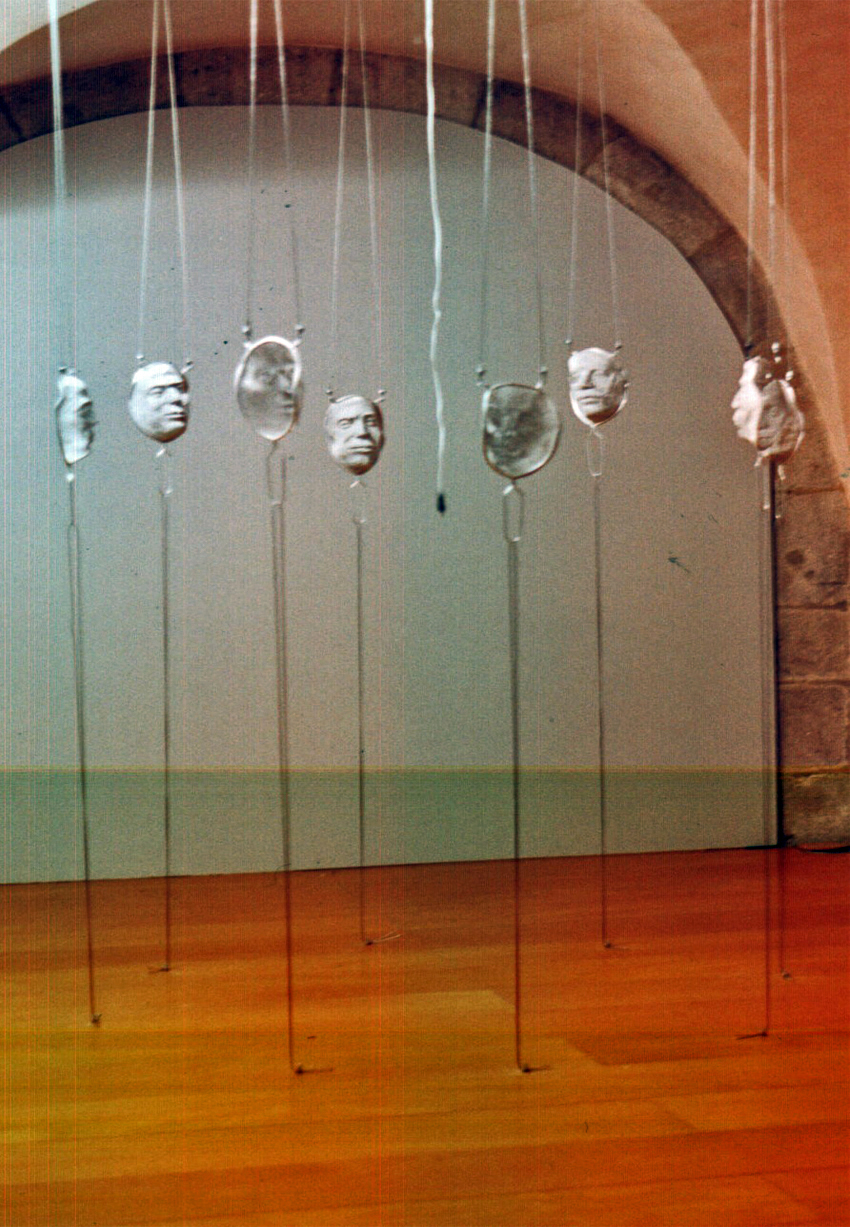